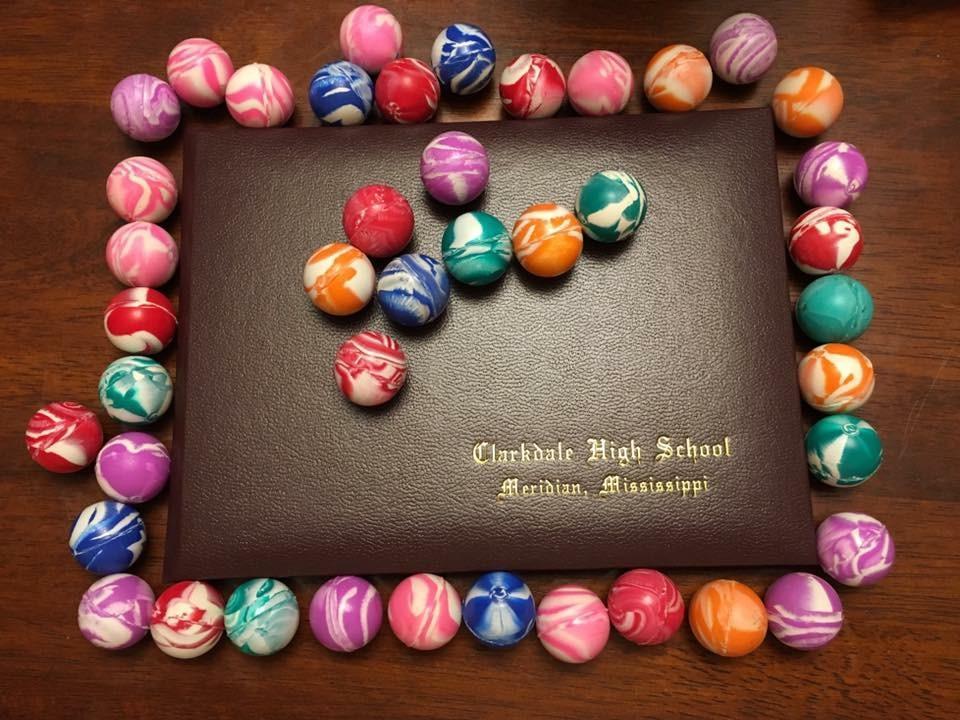 WE ARE CLARKDALE!
Clarkdale High School offers a variety of extracurricular and educational services to over 300 students in grades 9-12. CHS is located in Meridian, Mississippi, and is operated by the Lauderdale County School District. Our mascot is a Bulldog and our school colors are maroon and white.
MISSION STATEMENT
Our mission is to provide a positive, safe learning community where all students will achieve success.
Clarkdale High School

Soccer - First Round of Playoffs

Toni Buchanan has been nominated for LifeChanger of the Year!

Toni Buchanan was nominated by her colleague, Debbie Fant. Mrs. Buchanan, who is known by her students as Mrs. B. or Mama B., has been teaching agricultural science at Clarkdale Attendance Center for the past fifteen years. She is also the FFA sponsor, and under her leadership, Clarkdale has one of the strongest FFA programs in the state of Mississippi. Her professional resume is quite lengthy; she has a true passion for educating students, and she devotes much time and energy to this endeavor. In 2005, Mrs. Buchanan was named Mississippi's Outstanding Rookie Agricultural Teacher of the Year. In 2007, she was chosen as the recipient of the National Association of Agricultural Educators' Teacher Turn Key Award. The following year, Mrs. B. was selected as the Mississippi Farm Bureau Teacher of the Year. In 2009, she was chosen as Clarkdale's Teacher of the Year. In 2010, she was selected to serve on the Mississippi Association of Vocational Agricultural Teachers Ideas Unlimited. The following year, she was chosen to be the DuPont Agriscience Ambassador, and in 2012, she was the recipient of the MS Power Excellence in Teaching Award. In 2013, she was chosen as the Golden Apple Award winner. Since 2017, she has been an MSU Mentor Teacher. In 2019, she was named the Central District Agricultural Education Teacher of the Year. She has presented workshops at the state and national levels for the National Association of Educators' Conference and the National FFA convention. Mrs. B. recently received a $20,000 grant for her FFA students to spend on supplies. She is in the process of writing a $100,000 grant. Several years ago, one of Mrs. B's students was tragically killed in an automobile accident. This young man was a rodeo bull-rider, so in his honor, she organized a benefit rodeo which raised $30,000 to cover his medical and funeral expenses. This benefit rodeo not only filled a monetary need, but it helped to heal a bereft school and community. It's only one of many examples of how Mrs. B always goes above and beyond the call of duty. Mrs. B serves as a mentor and a role model to her students. She has been able to reach students who are otherwise not successful within the classroom. She relates to each student, finds their strengths, and provides opportunities for them to grow. One former student wrote to her that because of her examples of servitude, he became an EMT because he, too, desired to pay it forward. This former student referred to Mrs. B as his friend and substitute mother. Under Mrs. B's leadership, Clarkdale's FFA students have built over 400 beds to distribute to children in need of beds. The title of this project is No Child Sleeps on the Floor. Furthermore, she orchestrated the construction of a school barn through grants and community partnerships. The barn is now filled with animals, which her students show in 4-H livestock shows. She has collaborated with the elementary teachers so their students can tour the barn and learn from her students about animal care. Another example of her nature of servitude is that she installed a food pantry within the school. Through community partnerships with local churches, she had the pantry stocked with food. The food pantry is accessible to anyone in the school or the community. To visit her classroom is a treat. You never know what you will find, but one thing is for sure: her students will be engaged in learning, whether they are building beds, sheering sheep, welding, etc. Mrs. B's altruistic behavior naturally spills over into her personal life. Recently, she and her husband decided to adopt the two little girls whom they have fostered for the past several years. "I recall the day when she told me she had decided to foster," said Fant. "She told me it wouldn't be easy, but there was a need for foster homes in this state, and she felt a calling to meet that need. Mrs. B is the embodiment of selflessness." To support Toni's nomination for this award, click on the link below.
Show All News

Thank you for visiting us
stay in touch!
Let’s Talk